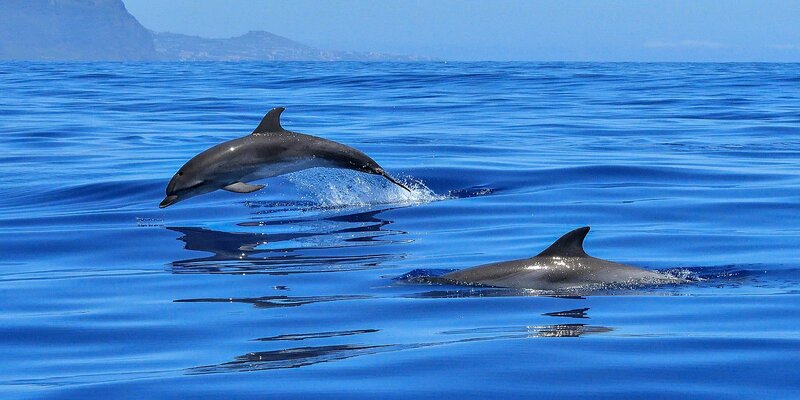 The technical team of the Institute of Marine Biology rescued a baby dolphin from the net after his father came to seek help.

The janitor at the Institute Vijeko Baric, who describes himself as having a "curious habit of looking at the sea very often", was the first to notice an adult pair of dolphins who behaved unusually. "My office is right by the sea," Vijeko told to Radio Tivat. “I noticed that the dolphins had come to an end. I see - they are climbing, two dolphins are hovering, one is leaving and coming. In fact, one is standing and the other is diving and emerging next to him.”

As he says, then he realized that one dolphin was entangled in a net. Then he called the captain of the research ship and a gardener for help, after which they set sail to see up close what was happening with these dolphins.

What is interesting is that the dolphins dragged the entangled cub in the net in the direction of the Institute, which they raised from the bottom, according to Vijeko Baric, from a depth of about 17 meters.

Fortunately, they came to seek help in the right place, since the team of the Institute helped them to get the cub out of the net in a short time. "I saw a shadow, we pulled the net and managed to free the cub, which was not injured," Baric said.

According to his impressions, when they released him, his parents literally took him in their arms, and his father gave them a cry that, as he said, he did not dare to repeat, because he would spoil it with his voice. But he will remember such gratitude for the rest of his life, he added. They performed some of their dance for them for a long time, probably two minutes, and then they greeted them once more and swam their way.